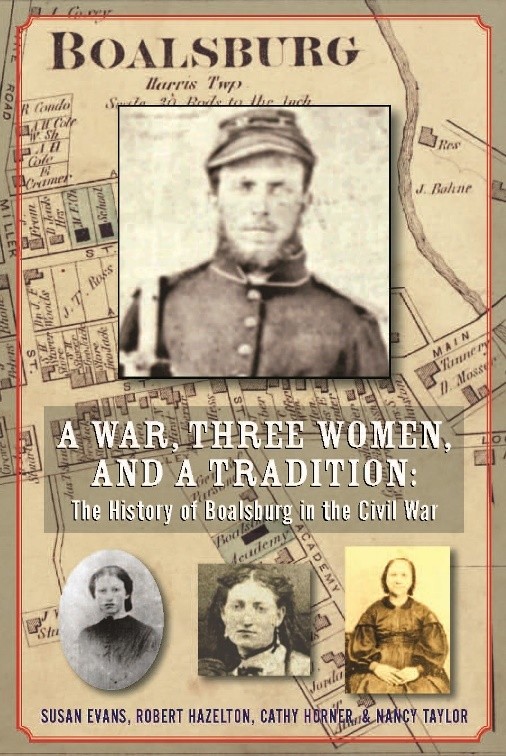 A War, Three Women, and a Tradition: The History of Boalsburg in the Civil War

Researched and written by local historians: Susan Evans, Robert Hazelton, Cathy Horner and Nancy Taylor, this new publication, “A War, Three Women and a Tradition: The History of Boalsburg in the Civil War” looks closely at the lives and families of Elizabeth Myers, Emma Hunter and Sophie Keller – the three women credited with starting Memorial Day. Unlike anything that has been written before on this subject, this book ties together who these women were, why they walked to the cemetery that day in October of 1864 and what they did with the rest of their lives. The book also gives a fascinating look at the connections Boalsburg and all of Centre County had to the major players of the Civil War including President Lincoln.

Save this product for later

How to Research with CCHS

Up, Up and Away: Sherm Lutz and the State College Air Depot

Music Under the Sycamore